In this post, we are going to take a look at how Pony implements its TCP stack. The API for Pony’s networking stack is callback and event driven. I’ve previously written about network programming in Pony and showed how to implement a simple echo server. We didn’t, however, dive too deeply into the Pony TCP stack. In this post, we’ll move down a level of abstraction and see how Pony implements classes that handle TCP socket programming in an actor friendly, event-driven fashion. This post will:

This post features a lot of Pony code as well as a lot of C code. In order to follow along, you’ll need to have some familiarity with each. If you are unfamiliar with Pony, I suggest you do a review of Pony’s basic semantics by reviewing the Pony Tutorial. Most of the code examples are simplified versions of actual Pony code. Where possible, I have removed platform specific code as well as code that - while important to overall functionality - has little to do with what I’m trying to teach.

A Skeleton for a Pony TCP server

Our echo server is built around a two classes that implement interfaces that are part of the Pony network stack. Each method in the interfaces corresponds to an event that can happen while interacting with or attempting to interact with a network resource. The particulars aren’t that important right now, what is important is recognizing the callback driven nature of network programming with Pony. Pony handles the details of networking programming while users of the API are responsible for providing code that runs at certain key points. Here’s the interface for listeners. As you will see when we cover TCP/IP server basics soon, the methods in the TCPListenNotify interface map to events that can occur in server applications that are responsible for dispatching incoming requests.

If you read the documentation strings attached to TCPConnectionNotify’s methods, you can see that they are related to servicing individual connections.

You might want to take the time now to check out Deconstructing a Pony echo server to see TCPListenNotify and TCPConnectionNotify in action. It’s not a required read but can add color and background that you might find helpful. Next, we are going to cover the basics of TCP/IP server programming which will set the table for our exploration of our main method in our echo server and our trip through the Pony and C code that makes up Pony’s TCP stack. 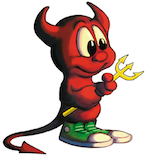 In order to understand Pony’s approach to network programming, it’s important to understand the basics of the BSD socket API. According to Wikipedia:

Berkeley sockets is an application programming interface (API) for Internet sockets and Unix domain sockets, used for inter-process communication (IPC). It is commonly implemented as a library of linkable modules.

The API evolved with little modification from a de facto standard into a component of the POSIX specification. Therefore, the term POSIX sockets is essentially synonymous with Berkeley sockets. They are also known as BSD sockets, acknowledging the first implementation in the Berkeley Software Distribution.

Let’s go step by step through the basics of creating a TCP/IP server using the BSD socket API:

Create a socket: It’s basically ephemeral and attached to nothing. The only thing we know about are basic info such as its domain, protocol, and type. As of yet, our socket has no address and can’t accept any incoming connections. The C function signature is:

Bind: We bind our new socket to an address and port pair. For example, if we wanted to bind to the standard HTTP port on localhost, we would bind to 127.0.0.1 on port 80.

Listen: Once our socket is associated with an address, we can start listening for incoming connections.

Accept: When we receive a new connection, accept is called to create a new socket to handle that connection. Our original socket continues listening for more incoming connections while our new socket handles talking to our remote client.

To put this together, when writing a server using the BSD socket interface we:

Go ahead and review those steps until you feel comfortable with them. If you are struggling to remember them, write them down so you can refer to them as we work through Pony’s TCP stack code. Those basic steps will help keep you oriented as we progress.

Recapping our echo server code from last time, we are going to dive in from:

I previously described this code as:

We start by creating a TCPListener that only handles ip version 4. TCPListener is an actor defined in the standard library. To create an ipv4 TCPListener, we have to provide one thing: a class that implements TCPListenNotify. That object will be notified by the TCPListener actor we are creating anytime a new connection comes in.

In that post, we didn’t go into TCPListener to see how it’s implemented. Let’s pull back that veil and move down another layer of abstraction.

A little bit of TCP/IP in Pony

The Pony TCP stack is a powered by combination of callback objects and events. As we move through the code, this will become more and more clear. Let’s take a look at the TCPListener ipv4 constructor that we called from our Main actor in our echo server:

The first line we want to focus on is:

Let’s start with that @os_listen_tcp4[AsioEventID]. What’s going on there? It appears to be some kind of function call but it’s unlike any we have previously seen. The @ indicates that the function os_listen_tcp4 is implemented in C. The [AsioEventID] indicates that our return type is of the type AsioEventID. That’s as much as you need to know about Pony’s C FFI to get through the rest of this post. If you are interested in learning more, check out the calling c section of the Pony tutorial.

Let’s check out what is going on in the C function os_listen_tcp4 that we are calling:

That’s pretty straight forward. It is just calling another C function os_socket_listen. What’s important to note and to keep an eye on as we work through this, is the pony_actor_t* owner. Don’t lose track of it. It’s a pointer to TCPListener actor and will be very important later. Anyway, continuing on, os_socket_listen:

The lines to focus on are:

Where we call os_listen and get an asio_event_id* back that will unwind its way back up the stack all the way to the Pony code in TCPListener and be assigned to the _event variable:

Before returning to TCPListener, we have more C code to follow. What’s going on in os_listen?

There we go! In all that C code, I see some BSD socket code:

where we bind our socket and

where we start listening on that socket.

If you remember our BSD socket creation steps earlier we had:

Now that we are listening, how do we end up accepting incoming connections? The key lies in Pony’s internal event system. Looking at the end of os_listen, you’ll see:

Let’s check out what is going on in asio_event_create. N.B. that our first parameter is the pony_actor_t* owner that is a pointer to our TCPListener actor that has been weaving its way down through the code.

The important take away from asio_event_create is that it creates a new event for ASIO_READ and passes that event to asio_event_subscribe. We won’t go any further into Pony’s event system at this time, suffice it to say that asio_event_subscribe is the entry into events being sent on Pony and has several different implementations based on the asio backing implementation. The current options are platform specific and one of epoll, kqueue, iocp.

Great! Now we are bound and listening and are ready to receive events related to our socket.

Back to our echo server

So we have a socket bound and listening. What now? Let’s take a look again inside TCPListener’s ip4 constructor and see how it triggers our first callback listening on our TCPListenNotify implementor.

Note the last line in the ip4 constructor:

And its corresponding implementation later in TCPListener:

The _notify.listening method calls listening on our callback object _notify. Over in our echo server, we have the rather uninteresting:

But hey, we’re now listening on our socket and we’ve printed out a log message. Exciting? Maybe. So we’ve gone from Socket to Bind to Listen and all that is left is accepting and handling incoming connections. You might remember from earlier that in os_listen we used asio_event_subscribe to register that our TCPListener instance was interested in knowing about ASIO_READ events on our socket. Whenever an event is generated, it will be delivered to our actor by calling its _event_notify behavior.

You can see that if our event is readable, we’ll call the _accept method on our actor:

Let’s check out what is going on in _accept:

The important line to focus on is where we make another C FFI call, this time to @os_accept[U32]. Returning back to the C code in the Pony runtime library, we see that os_accept is defined as:

And there, we see another BSD socket call:

Which means that we are pretty close to completing our chain Socket -> Bind -> Listen -> Accept.

Once the connection is accepted, we return to _accept where we verify that everything is kosher with our new connection and then call _spawn:

Let’s check out what is going on in Spawn.

The important line to focus on is:

There’s actually a lot going on in that one line so let’s take a moment to walk through it. First, we call the connected method on our _notify callback object. In our current context, _notify is our listener callback object:

Here, we are creating a Server object that implements TCPConnectionNotify and will handle connections to our echo server. This notifier is in turn passed into the TCPConnection actor’s _accept constructor back in our _spawn method:

You can see we set up an event via a C FFI call to @asio_event_create and finally, call the _accepted method on our Server callback object.

Our accepted callback gives us a chance to do interesting things upon accepting a new connection, in our case, “interesting” means logging an informational message:

And handling connection input? Again, it comes from the depths of the event system. Our actor is notified of an event via the _event_notify behavior.

I’ve stripped out a lot of code from _event_notify to draw your attention more easily to the one line we really care about, the call to the private method _pending_reads.

Again there’s a lot of work going on in this method, there’s a lot of book keeping, a call to the C function that gets data from the socket (@os_recv) and most importantly, the invocation of the received method on our Server callback:

Which means, we’ve finally arrived at the received method on our Server class where we take the data our echo server has received and send it back out to the client:

We’ve made our way though a lot of Pony and C code to get to this point where we can see how our simple echo server works. I hope by now you feel like you have a grasp on how BSD socket programming works and nice event based abstractions that Pony provides for working with it. If you are interested in learning more about TCP/IP programming, I highly recommend you pick up all 3 volumes of W. Richard Steven’s classic TCP/IP Illustrated series:

Next time, we’ll dig into Pony’s event system and explore what’s going on inside asio_event_subscribe.