Almost two years ago, I embarked on a project that I had no idea the immensity of. And today, it has finally led to this: 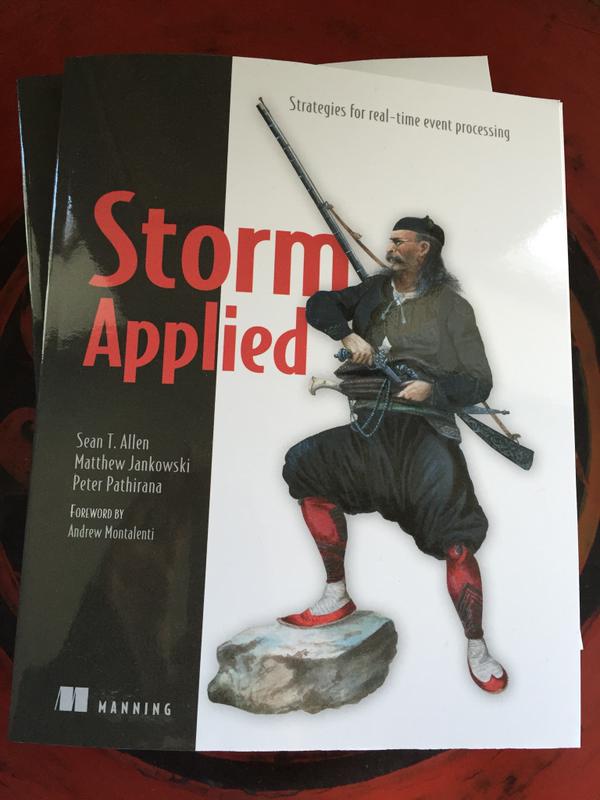 It started with my bugging Matt Jankowski to write a “mea culpa” blog post about our problems getting going with Storm at TheLadders. The idea was to start with a “boy we didn’t know what we were doing” post and continue on with a series of posts about running Storm in a production. The first post happened, the rest never did. Instead, Manning reached out to Matt and before long, we were writing a book.

I don’t remember now what I envisioned the book being when we first signed the contract. I know that Storm Applied isn’t that book but I’m quite happy with it nonetheless. There’s a lot of hard earned lessons packed into the latter half of the book that I think will help a lot of people trying to run Storm in production. Hopefully our pain can benefit a lot of people. There’s a ton of stories I could tell about writing the book, some good, some bad but I think I’ll just leave you with a few “behind the scenes” vignettes: